When you hear the term ADA compliance, chances are you think of wheelchair ramps, handicap parking spaces or bathrooms. But, have you thought about how disabled persons use the Internet? 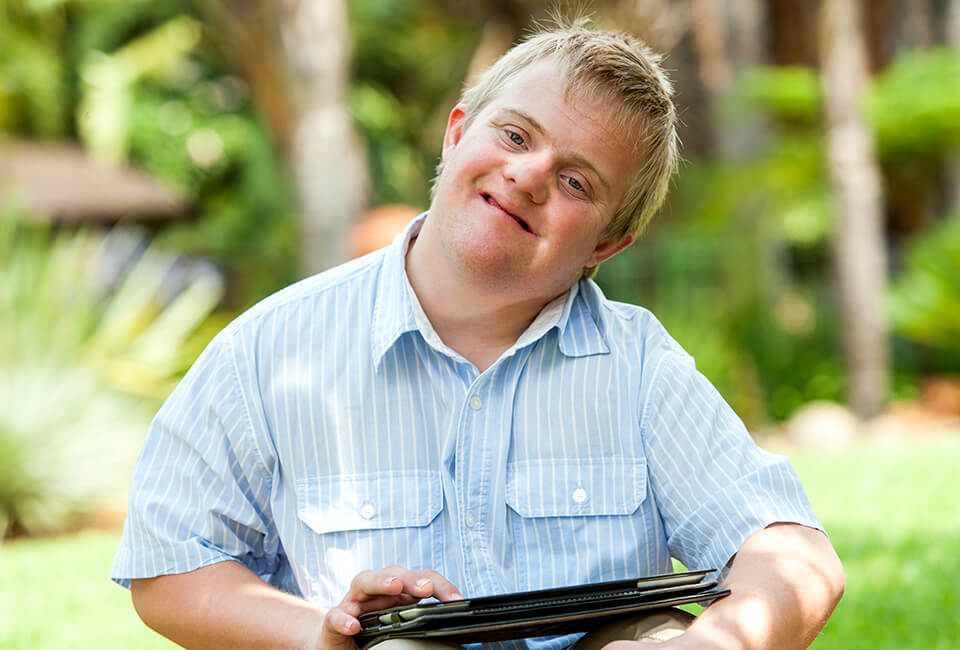 Assistive Technology empowers those who otherwise
would not be able to utilize today’s technology conveniences.

In 1990, President George H. W. Bush enacted The Americans with Disabilities Act (ADA) to eliminate barriers for people with disabilities.

According to W3C, “The Web is fundamentally designed to work for all people, whatever their hardware, software, language, culture, location or physical or mental ability. When this happens, people with hearing, sight, movement or cognitive disabilities will have the Web available to them as well.”

ADA is a federal civil rights law that protects qualified individuals with disabilities from discrimination and provides for equal access and opportunity in public accommodations, employment, transportation, state and local government services, and telecommunications.

Who must comply with ADA?

Title III of the ADA requires public entities to be accessible to people with disabilities, which includes places of public accommodations – banks, hotels, bakeries, retail outlets – as an extension of your establishment or if your primary location is the Internet, the law could include your website. With 2018 seeing record numbers of lawsuits filed, being proactive for accessibility will not only protect your business but also give equal access to those with disabilities.

The U.S. Department of Justice (DOJ) has set a deadline for businesses, schools and federally funded agencies to bring their websites into compliance with the WCAG 2.0 standards, which are the standards used by both ADA and The Rehabilitation Act.

Any content, items for sale, download of documents, forms and any other types of content you offer must be made available to people who have handicaps as well. This includes those who are visually impaired such as color blind, low vision, and blind who need special alternative views and the use of screen readers.

For website users who are hearing impaired, they require closed captioning on videos and audio provided on your website. For those who have physical handicaps making it impossible to use a keyboard use special equipment, such as head pointers, they too must have access in the same manner as all users on your website, if not, you are in violation of either accessibility standards.

All public entities must comply with the Americans with Disabilities Act.

Who must comply with Section 508 of the Rehabilitation Act?

If you have not heard from U.S. Department of Education’s Office for Civil Rights (OCR), chances are increasing that you will. The OCR is increasing the number of investigations to ensure school districts are complying with their legal obligation under Title II of the Americans with Disabilities Act (ADA) and Section 504 of the Rehabilitation Act of 1973, both of which detail the requirements necessary to avoid discrimination of individuals with disabilities. As many as 350 investigations have been performed by the OCR along with many individuals and disability advocacy groups are filing legal demand letters and lawsuits against schools. Most of these have reached successful settlements. Source: LegalNewsLine.com.

Noel Nightingale, a blind parent Co-Plaintiff, the National Federation of the Blind sued Seattle Public Schools. Nightingale notified the school district in 2012 that it’s websites were not compatible with the screen reader which reads aloud website content and documents or displayed in braille on another device. The incompatibility was due to changes that had been made on the website in 2012. In 2014, Nightingale sued the district and a settlement was reached. The school board estimated it will cost them approximately $665,000-$815,000 to implement the needed changes, attorney fees, accessibility coordinator and training of staff. Source: SettleTimes.com.

This was a landmark settlement agreement in that NFB President Mark Riccobono said he intends the settlement agreement to “serve as a model for the nation and should put school districts on notice that we can no longer wait to have equal education for blind students and to have access to information, use of school services, and full participation in school activities by blind faculty, personnel, and parents.”

In 2016, many lawsuits were filed by individuals and supported by the NFB and Justice Department.

Ms. Dudley, of Miami University in Oxford, Ohio sued the University for discrimination stating the website did not work with her screen reader. In its separate agreement with Ms. Dudley, the university denied liability but agreed to pay Dudley $108,000 for expenses toward an undergraduate degree at another university. Miami University also agreed to pay Dudley $102,000 for pain and suffering and repay up to $50,000 for student loans. Source: Seattle Times.

Target learned this from a millions of dollars class action lawsuit settlement, as did H & R Block, Home Depot, and other businesses. The fines and consequences are serious for those in non-compliance with a non-accessible website.

Target stores set a precedent in 2008 when it agreed to settle a lawsuit alleging that its website was not accessible to the blind, agreeing to improve the website and pay $6 million into a “Damages Fund” for members of the class-action lawsuit. The court also awarded about $3.7 million in attorney fees.

The fines for non-accessibility were recently increased.

Schedule a time to discuss your needs. We will review your options and give a clear, no strings attached assessment of your website’s accessibility.

We can work with you, your internal IT professionals or your legal counsel to make sure that all stakeholders understand the requirements of full digital inclusion for those who are sight impaired, deaf or hard of hearing, or who have physical limitations that prevent them from navigating your site, and to ensure that this diverse demographic of potential customers have access to all of the products, information, and resources that you offer.

Let’s all do the right thing and include everyone.

Close
Get ADA Accessible A division of Imagination Base LLC 812-413-9906
info@getadaaccessible.com